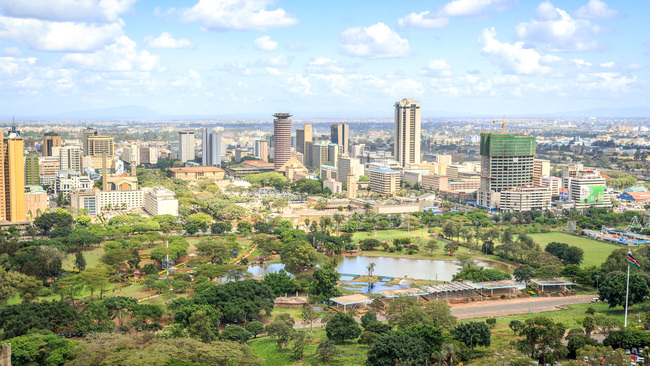 With about three million inhabitants, Nairobi is the largest city in Kenya, and this sprawling metropolis, located in the south of the country, is a major economic center for the whole continent. In addition to trade, the city plays an important role in African finance, tourism, and higher education: two of the continent’s largest universities are located there! At the beginning of the 20th century, however, it was still a little village serving as a stopover during the construction of the railway from Mombasa, a coastal city in Kenya, to Uganda, the neighboring country.

Built-in less than a century and perched at an altitude of more than 1,600 meters above sea level. This incredibly dynamic metropolis is also in close proximity to one of the most spectacular natural reserves on the African continent: the Nairobi National Park is, in fact, an integral part of the city. Emerged as a popular tourist destination for adventure lovers, families, and honeymooners. Without thinking much, start planning, visit the emirates airlines website and get your flight tickets online. Also, save up to 45% off on one-way & round trips on every flight. Wondering what to do during your time in Nairobi? Take a look below to know more.

Here is the answer to the 7 must-haves to visit Nairobi and enjoy your stay there without a hitch!

We are pleased to introduce you to an attraction that warrants a detour if you are looking for things to do in Nairobi. Less than ten kilometers from the city center, Nairobi National Park is a 120 km2 protected area that is home to every savannah animal imaginable, including zebras, wildebeest, and countless species of birds and reptiles, like turtles and monitor lizards! By following the numerous pathways, it is possible to witness the massive black rhinoceros and hippos bathing in the Athi, the river that through the park. The national park, which was established in 1946, is closed on just three sides, leaving the southern area free for animal migration.

This cultural hub has a scale recreation of the residences of a dozen distinct Kenyan tribes; the park’s primary purpose is to enable tourists looking for things to do in Nairobi to learn about the inhabitants’ habits and customs, as well as their ancient traditions. The Bomas of Kenya is worth a visit for its daily performances of traditional dances by a skilled troupe of professional dancers in a 3,500-seat theatre!

If you have traveled to Nairobi in quest of authenticity, we recommend that you explore the Maasai market. The latter is unique in that it is located in a different region of the city every day except Monday! There are good meals available at the traditional booths, as well as Maasai farmers selling their produce and several artists showcasing their traditional skills by selling jewelry and handcrafted fabrics. The Maasai market, a real institution in the city, is proof that Kenyans are proud of their heritage and never forget their roots!

Not far from the Kenyan capital, Lake Naivasha is a nature lover paradise due to its rich wildlife. Located roughly 1884 meters above sea level on the crest of the Rift Valley, the lake is home to hippos, unusual birds, and wetland vegetation, and its freshwater attracts zebras, giraffes, and buffaloes.

Since its founding in 1975, the Kazuri Pearl Factory has been a success story for fair trade in Nairobi. Kazuri is the creation of Lady Susan Wood, who was born in Africa to English parents. She started with two local women making clay beads by hand – ‘kauri’ means small and charming’ in Swahili – and soon realized that she could expand and assist many more people. unemployed.

With so much to see and do, consider spending the night at the magnificent Nairobi Tented Camp in the national park. The camp, ranked as the greatest bed & breakfast option in the city, is situated in the center of the park’s riverbank forest and has nine opulent safari tents. Each includes a private bathroom with hot water and solar energy, allowing you to enjoy the park at night. There is a central mess tent with a well-stocked bar, and rooms include three daily meals served outside. Seasonally, rates range from $115 to $145 per person.

This ever-changing city should be visited, but excellent activities may also be found in its environs. So, why wait? Plan your next trip to Kenya with AirlinesMap and have a great holiday in the city of cool water. Bon Voyage..!

6 Pros and Cons of Taking the Bus to Work