Who is the No.1 Actress Out of the Top 5 Bollywood Heroines? 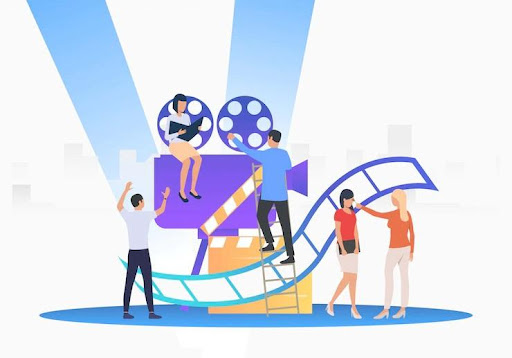 Bollywood is a famous industry and has given work to so many new faces. Actresses like Deepika Padukone, Priyanka Chopra Jonas, Katrina Kaif, Alia Bhatt, and others have managed to entertain the audiences by having glamourous faces, great acting skills, and perfect body types. They have made their way to people’s hearts. Some of these Bollywood heroines have carved a niche for themselves in the Indian film industry. But who is the No.1 of the modern era? To figure out, let us look at the top 5 actresses who have won millions of hearts-

Deepika Padukone is by far one of the most beautiful actresses in Bollywood. She is also described as the ‘Dream Girl’ of today’s era. She started her career with the Hindi movie “Om Shanti Om”, after which there was no stopping for her. She has exceptional acting skills and because of her out-of-the-world beauty, she sometimes overshadows her male co-stars. She also has a wax figurine of herself at Madame Tussauds, London. She has a great dressing sense and her wedding to actor Ranvir Singh was the talk of the town for months. She is one of the modern-day heroines who can carry a saree with grace.

Alia Bhatt is another deserving name in the list of top 5 Bollywood heroines. She started her career with the blockbuster movie “Student of the Year” and is still following the legacy by giving successful movies. She married another famous actor in the industry, Ranbir Kapoor, and the couple is expecting their first child together. She pulled so much public attention by carrying a simple bridal look with open hair, a white saree, minimal henna, and no makeup. It can be said that this woman is here to stay.

The list of top Bollywood heroines is incomplete without her name. This British-Indian actress broke all the myths and managed to earn a big name in the Bollywood industry. This talented actress has given some super-hits like Race, Ek Tha Tiger, Jab Tak Hain Jaan, Dhoom 3, Namaste London, etc. She is also famous for her great dancing ability.

This Indian model, actress, singer, and producer was born in the small town of Jamshedpur in India. This multi-talented Indian celebrity is one of the richest heroines in the Bollywood industry. Settled in the USA, she has become an international celebrity with a huge fan following across the world. She was also listed amongst the 100 most influential people in the world in Times magazine. She has managed to earn many laurels during her career and was also awarded the Padma Shri award by the Government of India.  Read about wpit18 sabong and tweakvip.com

She is named among the 10-highest paid Bollywood heroines. She is exceptionally beautiful, sexy, and the most popular actress in the industry. She has carried every role with utmost grace and has managed to create headlines in every sphere of her life. She has completed 20 years in the industry but is still compared with modern-day actresses. She can carry any outfit with elegance be it a bikini or a saree. She is even compared to beautiful Rekha in saree because of her piousness and beauty. She will be next seen in the movie Laal Singh Chaddha opposite Aamir Khan.

To Sum It Up

Bollywood is the second biggest film industry after Hollywood. There are many Bollywood heroines who have been able to stay in the industry because of their charming beauty and bright acting skills. But just like there is only one king in the jungle, Alia Bhatt has topped the chart and is considered the No.1 actress in Bollywood in 2022.

IFVOD TV is surveyed with the main evaluated audits